Itch is also called Pruritus. Itching is a very common symptom and can be caused by many factors.

Most itch is temporary and resolves without any treatment. Temporary over the counter tips to relieve itching include Benadryl, moisturizers like vaseline or Crisco, and cortisone creams like Cortaid.

Itchy skin (Pruritus) is a very common skin condition that can produce tremendous physical discomfort and psychological distress. One of the most common dermatologic causes of pruritus is dry skin. Symptoms may be present year round, but overall tend to be worse in the winter and more dry months. The condition can affect any age, although is more prevalent in the older population. At least 50-70% of patients aged 70 or older suffer from severe pruritus at some time in their lives. Pruritus is frequently also seen in younger individuals with a personal or family history of related disorders, including eczema, atopic dermatitis, allergies (hay fever) and asthma. 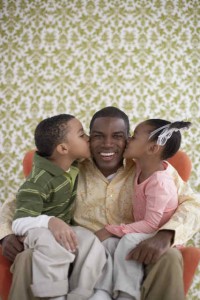 Many patients with pruritus have not thought about dry skin as a main cause.
Often, there may be no visible sign of pruritus on the skin. Many patients have dry skin all over their body. It may develop into a chronic, itching, superficial inflammation or redness of the skin. Severe itching often leads to repeat scratching of lesions – hence the “itch-scratch-rash-itch cycle.”
The majority of patients with pruritus are generally very healthy and don’t have any other associated medical problems. However, there are other medical causes of pruritus which may need further evaluation by your dermatologist or primary physician. Other causes include liver disease, malignancy, diabetes, thyroid disease, chronic kidney disease, neurologic disorders, certain medications, blood disorders, etc. Much of these other causes can be evaluated through complete lab tests and physical exam.

Some itching is severe and needs more tests to determine the underlying cause. Sample lab tests for itching (Pruritus) may include: Complete Blood Count (CBC), chemistry panel, hepatitis screen, thyroid tests, and others as ordered by your own doctor.  You will want to discuss these tests with your dermatologist.

Itch may be caused by either overactive or underactive parts of the body’s immune system. Most itch patients may have a hyperactive reaction to minor skin irritants and dryness. In fact, many people who have dry skin itching also suffer from allergies or hay fever, asthma, seasonal allergies,  and often have family members with similar symptoms.

Medical UVB is a special light therapy available for severe body itching.  An advanced light form called narrow band UVB 311nm  is the newest state-of-the-art  UVB light treatment. This is called Narrow Band UVB light or NBUVB. Studies have confirmed that that NBUVB phototherapy is a very good treatment option for all over body itching that does not get better with regular creams and pills. Getting natural sunlight is not the same as using medical grade special narrow band UVB.

Table below adapted from article on other causes of itch: http://www.skintherapyletter.com/2007/12.1/1.html